5 animals that do not have a heart

Which animals do not have a heart?

There are many animals that have no hearts, such as jellyfish, earthworms, starfish and corals. Such animals that can function without a heart do not have a cardiovascular system to pump oxygen through their internal organs in order to function. Instead of the heart, their bodies developed some other means to deliver oxygen through their system. Here are some examples of animals without a heart:

So how do jellyfish function without a heart? 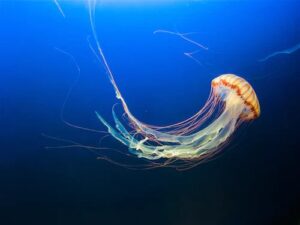 The function of the heart is to pump blood that transfers oxygen to all the cells in the body. To get the oxygen, jellyfish instead has an outer layer of cells called Ectoderm. Ectoderm absorbs oxygen from the water in the ocean. This Ectoderm layer is very thin and allows oxygen to easily enter.

The anatomy of jellyfish is quite simple, which makes it easy for the transfer of oxygen from the outer layer of cells to the inner.

Moreover, 95% of jellyfish mass is water. Only 5% are cells, which means jellyfish does not need much energy to survive and do not need an efficient metabolism.

Just like oxygen, important nutrients are simply absorbed by the outer layers of their body. And the further transfer of nutrients to other cells is made easy by the simple anatomy of jellyfish. 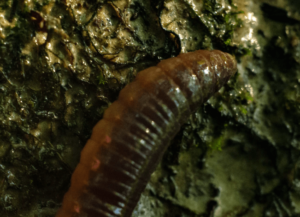 If you define heart as a powerful muscle with four chambers, then earthworms do not have a heart. They do have a circulatory system that transfers nutrients to all the cells.

Instead of a heart, earthworms have 5 pairs of arches that are responsible for pumping blood. You may also say that earthworms have 5 pseudo hearts. These arches pump blood into dorsal and ventral blood vessels that carry the blood to and from the body.

The pseudo-heart of the Earthworm lies near its mouth, each in one segment.

Earthworms do have organs that pump blood, but that doesn’t fall under the definition of a heart. We can’t decide whether earthworms have a heart or not.

Instead of a standard heart, earthworms have 5 arch pair that pump blood.

Sea spiders have weak and small hearts that cannot pump blood to the extremities of its long legs. Instead of hearts, sea spiders’ guts contract and relax to pump the blood around the body.

The heart fails to pump blood to the long legs of the sea spiders. The reproductive organs of these spiders are in their legs, making legs too important not to get enough blood.

In fact, sea spiders do not have any lungs either. The respiration take place through their porous exoskeleton.

Sea spiders do have a heart but it is weak and small. They are on this list because it is the gut that pumps blood to the extremities of this animal.

Flatworms have no heart and nor do they have any circulatory system. They get oxygen through their skin as and when needed. They transfer of nutrients is intercellular and takes place without any fluid.

Since there is no blood, there is no need to pump blood either. Nutrients get carried to parts that need them through diffusion. Flatworms depend largely on their host for survival. Aren’t they fascinating? 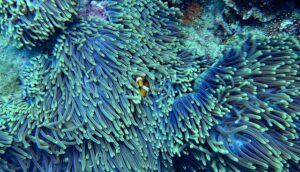 Yes, corals are also animals and they do not have a heart. Let’s see what they need to survive.

Corals do not have internal organs and nor do they need them. Corals depend on algae, zooxanthellae, for their survival. The two are mutually dependent.

Corals do not produce their own energy but get energy from the algae that live within them. Hence, they do not need a metabolism, blood, or heart.